BREAKING NEWS! MANOLA IS A SLUT! 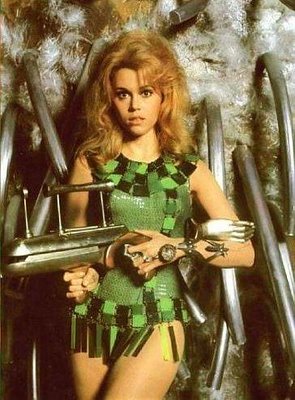 Thank the good Lord for White Dade's readers. Even though both White Dade and Manola are blogging buddies who have reportedly agreed to disagree on who can be more tongue-in-ass, imagine my relief when one of White Dade's readers, a complete stranger, personally emailed me to set the record straight [verbatim]:

Dear Dude, Thank you for taking the time to personally express to me your opinion. My life would not be the same without it. Peace, M

Oh you’re welcome. It’s always good to be thanked properly for trying to help people out.

Indeed, I am so blessed to have some stranger, whom it seems might've been losing sleep over my limited knowledge of double standards in a male-dominated society, tell my 39 year-old single ass about the ways of the world.

What a revelation, praise be Jesus! Now I know why I'm an ancient hag who's not married!

Case in point. Once, I made love to a man who never returned my phone call. Duh. Hello? Phone calls didn't actually happen until the 19th century! Anyway, his name was Henry and he commanded some royal clout. He would've sent me to the Tower of London for a well-deserved beheading if he had suspected I wasn't a maid fair and true, forced to be sperminated by his fat, ugly and tubercular ass, screwing around for the sake of siring money-making legacies.

Don't you understand? His penis had a political purpose! And my uterus was unwilling. God damn it!

SCIENCE IN SERVICE OF SEXUAL PHILANTHROPY 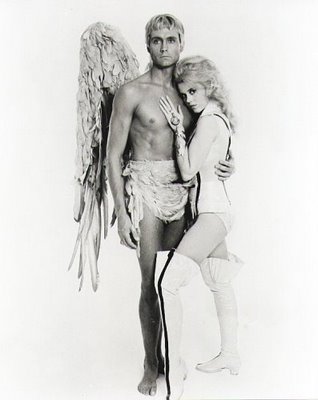 Let me tell you, ever since I received this chap's email, I've been losing sleep too, trying to conjure a spell for these poor men who are clearly suffering. Oy vay! So many sluts; so little marriage!

Oh my Lord, I've just put together two sentences that are grammatically promiscuous! OMG! You're supposed to slip on a condom, not a semi-colon on a loose predicate clause! Is that truly a copulative ceasura? The world is surely coming to an end, if not an ejaculative expression!

And you know you just want to come all over my stupid and blank face, while you get off on the delicate pastiche of English grammar, right?

Well, after stroking my spinster's clitoris for five minutes, eureka, I've got it: his and hers sexual microchips! With a practically invisible, lightning-fast Miami CSI lab procedure attached to your genitals, you won't be just having sex, you'll be processing data!

For him: powder blue, applied to the vas deferens. For her: razr pink, attached to the cervix. Then, during sexual intercourse, you'll know whom she has fucked, how often and -- with revolutionary technology -- if she ever faked an orgasm. She won't bother reading any of your data because since you are a man and dominate the world and can fuck your testicles dry without judgement, your sexual history is irrelevant. This technology only serves men, of course, because a man can fuck every woman on the planet and so what? It's a moot point.

Oh wait. Don't believe me? That's right. Juvenile dick may be too young to have wanked off to Barbarella or enjoyed a good romp inside the Orgasmatron!

"Spinster's clitoris" sounds like a medical condition, like "tennis elbow." What is the suggested treatment for this disorder?

As to the gentleman who set you straight (so to speak), all I can offer is this: if a man won't consider a life with an experienced and sexually liberated woman, it is probably because he is insecure enough to know he'll never be able to satisfy her. It's his loss.

Hhhmmm... you know, back in my single days, I could not and would not take any guy who slept around or had frequent casual sex very seriously. Those guys were good for some fun making out or shamless teasing and that was it. I figure, if they have the "girls you fuck vs. girls you marry" nonsense, I could apply the rule to them, too.

I suppose if I were to ever be single again, by these insecure fools' b.s., I would be damaged goods and my romantic life would be over.

*Not that it ever will, of course.

Um, where could one, perchance, find some of these sluts? Fat, ugly guys need love, too....

You really shouldn't do that to a young boy... I'm not sure it will register in time to really be appreciated. Oh well, as they say at the buffet line, "more for me."

How do they know that the girls in the "marry" category aren't closet sluts? :)

Good point, FFG! I personally know a couple of girls that fall into the "Closet Slut" category. I say own your sluttiness, damn it!

Clearly the guy who "personally" responded needs to get laid.

Dear Ms. B,
Thanks for this paragraph:

"Oh my Lord, I've just put together two sentences that are grammatically promiscuous! OMG! You're supposed to slip on a condom, not a semi-colon on a loose predicate clause! Is that truly a copulative ceasura? The world is surely coming to an end, if not an ejaculative expression!"

I hope it was as good for you as it was for me.

I loves me some Barbarella! He is so clueless. Doesn't he know that men have no say in who they marry? Has he no clue we control every aspect of the relationship, including leading them to believe everything is their idea?

If it makes you feel any better, I've received some "fan" mail from some of WD's readers.

Here are a few replies you can use in a myriad of situations:

I like you. You remind me of when I was young and stupid.

You sound reasonable...Time to up my medication.

I see you've set aside this special time to humiliate yourself in public.

You are depriving some poor village of its IDIOT

C) The girl I'm dating now has been around the block enough times to run a marathon. As long as sh'es not STILL doing that, and doesn't have any diseases. WHO CARES? The experienced ones are much beter in bed anyway. Oh, wait....

If a girl isn't taking you seriously, it may not be that she is a slut, but maybe that she is not interested in your personality (and wants all the benefits of a man who likes to please).

A) It's anti-American for a dude not to appreciate Barbarella.

B) Dayngr is right. Men have no say, even when we think we do. I had no idea that I wasn't in the loop until after I got married. In retrospect I realized that everything leading up to the wedding had been cleverly engineered by my wife and her conspirators.