Wild Sex on a Tropical Island 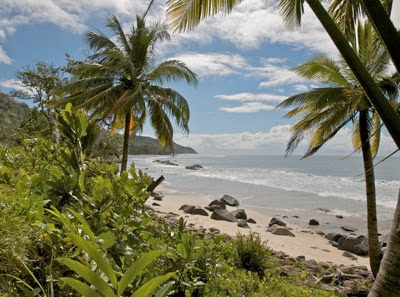 Palm Beach, Madagascar. Credit: Animal Planet/BBC
No, this isn't a private beach at a luxury resort in the tropics, it's a beach in the evolutionary marvel of Madagascar, an island off the coast of Africa. Strange creatures that don't live anywhere else in the world call this beautiful island home, where extremes are the norm. Dry seasons, tropical monsoons, rugged terrains, lush forests and the challenges of survival make for some weird mating habits -- all far more interesting than human sex, for sure! 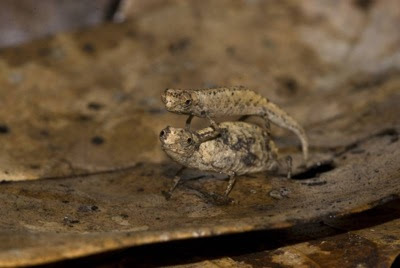 Pygmy chameleons. Credit: Animal Planet/BBC
Talk about having a hard time finding a date. Not even eHarmony would work for the determined male pygmy chameleon, who searches for his tiny counterpart on the thick, leaf-covered forest floor. She is barely two inches long and he is even smaller. Once he finds her, he climbs onto her back and latches on tight, staying there for days before mating. God forbid he should lose her ... or maybe he just wants a free ride. 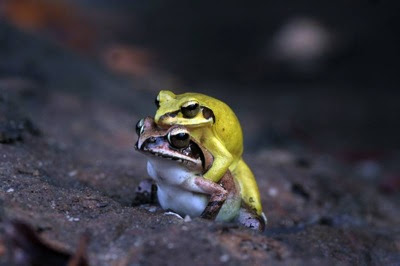 Yellow frogs mating at Kirindy. Credit: Animal Planet/BBC
This variety of frog is brown year-round except for the short-lived rainy season when they go into a spawning frenzy. The males turn yellow, although no one knows why. Maybe they want to avoid copulating with the same sex. When the waters rise, the frogs hump each other, all pairs side by side, putting any swingers club to shame. Once they lay their eggs, it's back to drab brown for the guys.

The 2-hour Animal Planet special, Madagascar, premiered in March but has been airing on my local cable recently. Stunning visuals and beautiful narration make this a must-see. Catch it if you can. It airs again on October 1st.

Related: Sex and the Animals at Miami Metrozoo
Posted by Maria de los Angeles at 1:29 PM