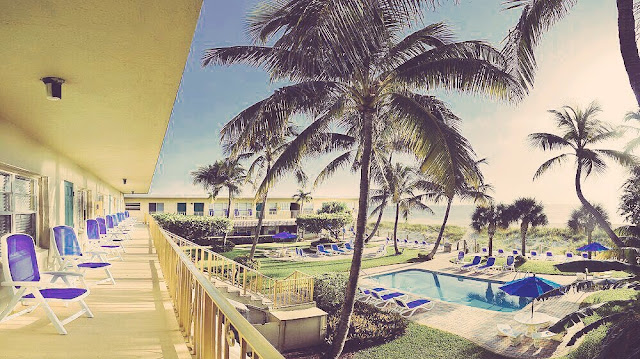 
On day five of my journey, I arrived at the Tropic Seas Resort Motel. An adorable “older” lady – it was hard to pinpoint her age as she was lively – greeted me at the front desk. Lauderdale-by-the-Sea mainly attracts families and retirees. The younger, hipster crowd? Not so much.

And that’s fine by me, because I’m in between at age 48 – not quite a baby boomer or a millennial – feeling and looking better than I did when I was physically younger. There’s a lifestyle choice that contributes to my health: when I go on vacation, I want laid back and real, not rushed and frenzied. The kid and the wiser adult in me felt comfortable spending some time together here.

Maybe that’s what makes this town so personable. Locals invested in the community were working behind the desk or managing many of the properties I explored during my stay. Some had played different roles in city government and one even served as an EMT.

I found it refreshing that people over 60 still play a vital role here, staying active and relevant in the work force. But I’d hardly call it a boring and sleepy town. Charming is a better word. Or maybe even enchanting.

My room was enchanting, too, sunny and uplifting -- painted bright yellow with blue decorative accents – two of my favorite colors in a coastal design palette.

A Stroll on the Beach 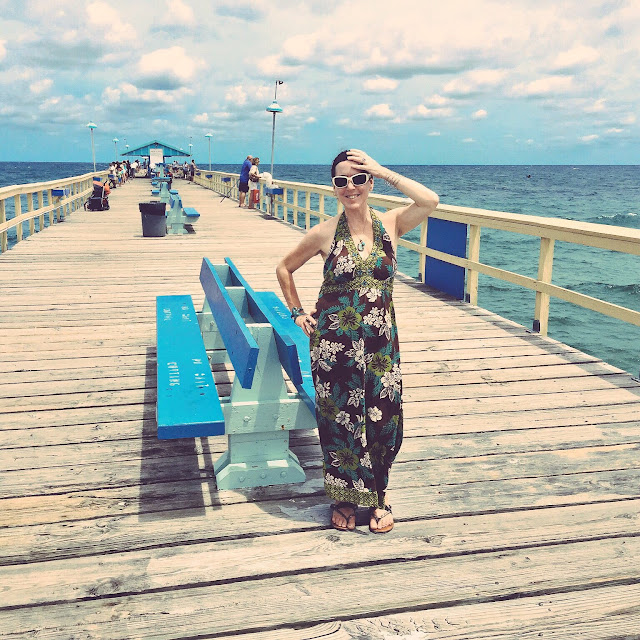 At Tropic Seas, I decided to enjoy another day of rest and contemplation, although there were plenty opportunities to enjoy non-motorized water sports in Lauderdale-by-the-Sea. The wind was still blowing a little too hard for my taste, but other more intrepid water babies were surfing, kayaking, paddle boarding, snorkeling and even scuba diving -- a reef is swimmable from shore.

I took a stroll down the beach at the water’s edge to Anglins Fishing Pier. The pier has been open since 1953 and on this day over a dozen fishermen had their lines in the water. One had just caught a small pompano. I walked to end and felt the power of the ocean rushing to shore under the wooden planks that separated me from the immense body of water. Piers are special places; they let you experience being out at sea while staying connected to terra firma.

Being out at sea: that’s another way to describe this seaside town; all of Romance Row feels like an island, as if it’s perched on the edge of the ocean without losing its grip from land. 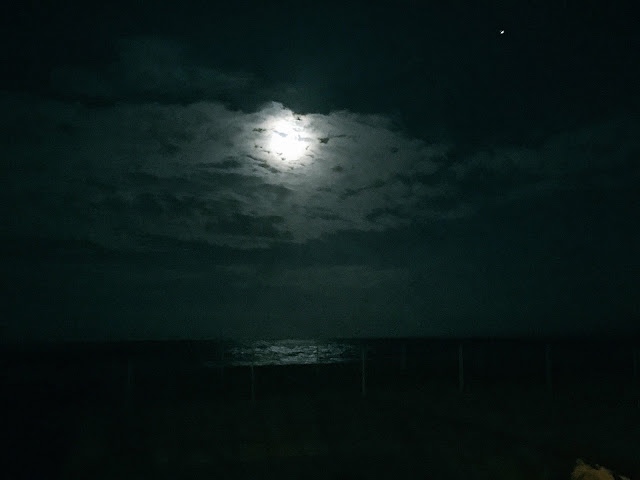 Legendary musician Prince lost his grip from land on the same day I was staying at Tropic Seas. His songs were the anthems of my high school years. Upon hearing news of his death, hits from Purple Rain flooded my memories. I was just 17 in 1984; the movie opened up a world to me of thrills and sex wrapped up in a dark and brooding melancholy. Prince’s candor was raw and magnetic. One lucky movie theater in Miami made good money off my popcorn budget in 1984. My friends and I kept coming back for more of this wickedly enthralling performer.

Over 30 years have passed since Purple Rain. Today, I author stories on Sex and the Beach and with quite a bit of sex under my belt – pun intended – I seek to regain some of the innocence lost in the drama of relationships I’ve known over the years. I am romancing myself now – something every woman should have the privilege to do in her lifetime.

Our current zeitgeist encourages us to validate our lives through social media, to covet all that it brings if properly exploited – fame, celebrity and wealth – and all this creates more baggage than any one person can carry.

Prince wasn’t carrying a simple grain of sand or a drop of water from the ocean. He lived in a compound called Paisley Park. A compound.

A brilliant artist like Prince must have found himself torn between the purity of his of otherworldly talent and the high price paid for the very same art that put him in the spotlight. Fame exacted its toll. 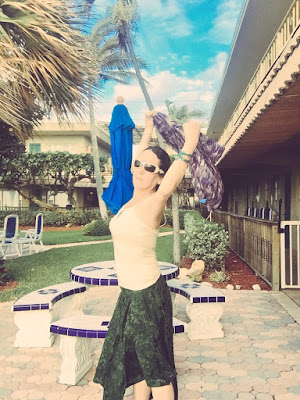 As I write this in retrospect, we still don’t know the cause of his physiological death. The burden of estate probate has already reared its ugly head and the body is barely cold. It doesn’t really matter what caused his body to collapse; he probably knew it was time to sing with the angels.

Prince left a great musical legacy to us all and Gabriel just found himself a lead singer in the chorus of heaven.

On the evening of April 21, 2016, the moon rose quietly above the sea. The moon, that glowing symbol of the feminine, just doing what it always does: nothing more, nothing less. I was alone, sitting by the dunes that evening, wrapped in a purple scarf, feeling in love with this place and with life.

I don’t need a compound. All I want is a little room by the sea. That’s exactly what I got at Tropic Seas. And that was enough.

#lovefl #lovelbts
Posted by Maria de los Angeles at 5:30 AM