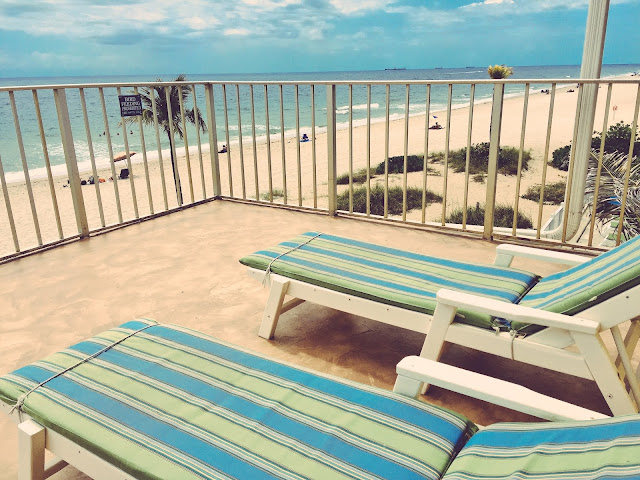 Miracle By the Sea

John Boutin, the owner of the Windjammer Beach Club and Resort, sat with me on the walkway overlooking the ocean. “I always wanted a room with view,” I told him. “A room with a view like this, so I could just listen to the ocean and be inspired to write.”

John had no way of knowing that only just yesterday I had been staring at a map, contemplating -- or perhaps dreading -- charting a course back to Miami.

I carried on. “Virginia Woolf once wrote about every woman needing a room of her own to write, to reconnect with her heart.”

“I can tell you’re an inspired writer already,” he said. “Why don’t you say four extra days and do just that?”

A room of my own. Four extra days. An unexpected gift.

I breathed a sigh of relief.

And what a room it was. The entrance to this oceanfront studio apartment is through a walkway that turns into a wide terrace on the second and top floor. Two comfortable lounge chairs flank the entrance. One sliding glass door and three wide windows open to sweeping views of the ocean. Imagine if you could sleep in the crow’s nest of a an actual windjammer -- it’s impossible, of course -- but take your mind to a comfortable berth perched high atop the sails, offering a glorious view of the sea, with nothing but the fronds of a few tall palm trees to bring perspective to the eye. I might as well have been sailing on the high seas or at the very least, docked at port on my own private island. 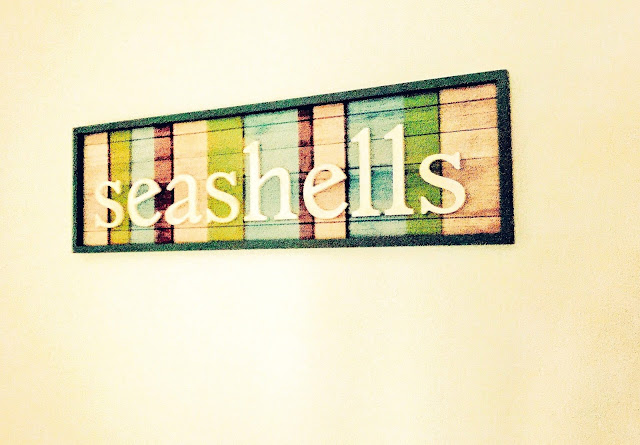 The room was everything my soul had been craving: closeness to mother ocean, a queen-sized bed that beckoned with linens in soft white, blue, green and yellow and a driftwood sign above the pillows spelling SEASHELLS. A sitting area facing the sliding glass door separated the sleeping nook from a modestly-sized kitchen, properly equipped to please the galley wench in me.

This. This was all I needed. It was enough. More than enough. Four more days of this.

It's Always Sunny Side Up Here

Earlier that morning, the beau and I settled in and walked just down the street to Country Ham N’ Eggs for breakfast. Like many establishments in Lauderdale-by-the-Sea, this restaurant is family owned and operated and has been serving homestyle American food in Broward at various locations since 1968. There’s something to be said about a restaurant that’s about as old as you are -- and just as good.

If you’re near Lauderdale-by-the-Sea before its closing date, stop by for some eggs benedict and spend a day in town. Country Ham N’ Eggs didn’t know I was covering the destination and happily obliged my picky desire to have my veggie benedicts with breaded shrimp from another item in the menu. I could have licked the hollandaise off the plate -- it was that good -- had I not been surrounded by polite locals and visitors with good table manners. Families enjoyed breakfast alongside us as well as a full table of local firemen and police officers.

“The whole town is here,” my sweetheart noted.

After breakfast, we strolled on the beach for a few precious moments before the workday would summon him back to Miami. Off he went and I was alone, with a room of my own, by the sea, not knowing that later in the afternoon, an angel named John Boutin would graciously and very generously reward me with four more days of everything I could possibly ever want at that moment: a room of my own to renew my spirits, a little woman cave where I could chat with the goddess of the sea.

I shouldn’t have been surprised. A hospitality basket on my table included a tote bag and a sign that read “ban the bag.” The residents of this Mayberry are so respectful of that goddess, that they encourage everyone to take re-usable fabric bags to the store for provisioning.

It was just a simple tote bag. The message behind it, the intention of it -- was profound.

A gift from the sea, indeed.

#lovefl #lovelbts
Posted by Maria de los Angeles at 2:30 AM