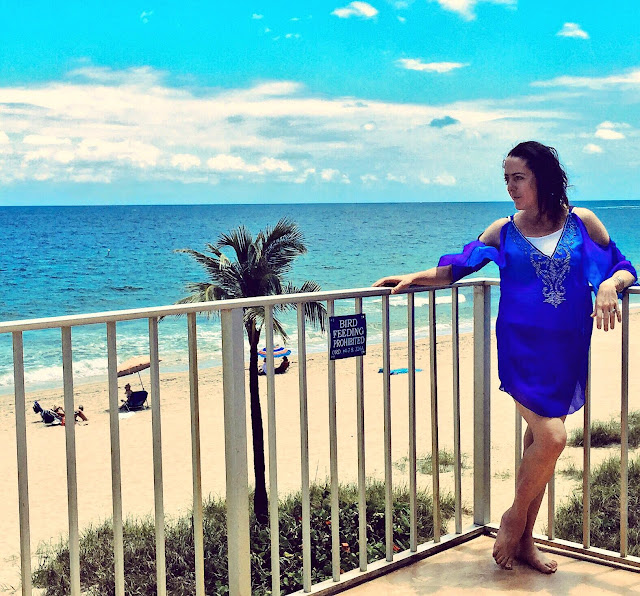 The unexpected surplus of days at the Windjammer filled me with a sense of wonder and awe. One simple gesture delivered so much abundance that if oxygen could be called gratitude, I’d change its name. It was coursing through my blood and into every cell of my body.

Every morning, I smiled with my heart when I woke up, said “thank you,” watched the sun rise from my lounge chair and made friends with my long-neglected notebook. Pen to paper came to life. I gifted all my electronic devices -- the slaves to my communication -- a much deserved rest, although they insisted it wasn’t necessary.

Hours free of pings and beeps and rings. In Miami, I’d been lost in the sea of that incessant disruption to serenity, that dangerous riptide that dragged me under because I was struggling against the current instead of surrendering to its flow.

Now I could disconnect to reconnect; find myself again. Am I not enough? Every writer needs a room of her own, to dwell in the chambers of her heart, where the source of her words reside. It’s there she comes home.

Earlier on during my trip, I had seen a sign at the Driftwood Beach Club about respecting turtle nests on these shores. Today, I thought about these intrepid wanderers. A sea turtle hatches from underneath the sand and embarks on a journey of a thousand miles, trusting her inner guide. I wondered if she would even feel the undertow of a riptide. And thinking of her, I wondered why I was ever worried about my own course in life when I too, had always had an inner guide whom I simply ignored. Miraculously, the turtle returns to the sand, to the same spot where she first saw the moonlight, to lay her eggs. She comes home, too. She always come home.

Even though I sat yards away from shore, I could feel the powerful pull of the ocean. These are the stories she told me.


Goddess of the Sea 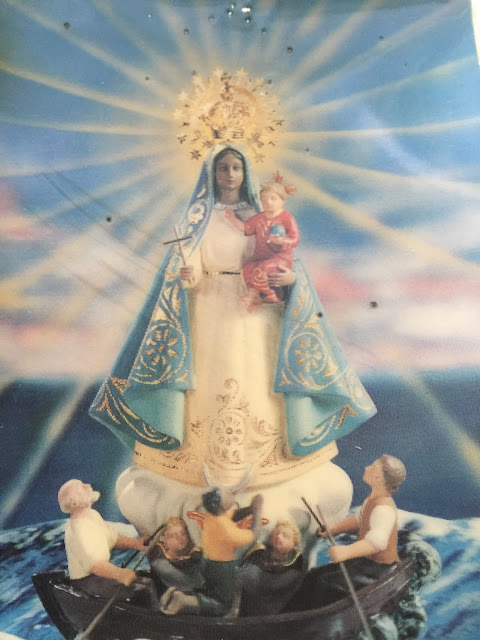 The goddess of the sea enjoys many different and delightful cultural manifestations. She has many names and sometimes flows in rivers, streams, lakes, ponds, rainfall -- all bodies of water being one. Some archetypes portray her in the form of a man, or rather a man who commands her waves, like Greek Poseidon or his Roman counterpart, Neptune. Gender is fluid; gods and goddesses embody the feminine and masculine energies of all that flows in the form of water.

In the Celtic Iberian culture of my earthly ancestral origins, she is the rather obscure goddess of water known as Nabia in Northern Spain.

For the Taíno Indians who lived in the Caribbean before colonization, Yucahú ruled the sea, but his mother, Atabey, commanded rivers, marine tides and fertility. Like you, like me, even he had to come from somewhere.

In African Yoruba mythology, which transplanted its roots to the Caribbean in the age of slavery and evolved alongside Catholicism to create a pantheon of hybrid deities, she is Yemaya, a supreme orisha, the mother of all things, a queen who is worshipped wherever water flows -- even a puddle. Her name means “Mother whose children are like fish” and her Catholic manifestation is the Virgin Mary, “our lady of navigators.”

My namesake, Maria, the mother of Jesus in Christianity, is also Stella Maris, “star of the sea.” In celestial navigation, she twinkles as Ursa Minor in the sky, guiding sailors to safe harbor.

The Virgen de la Caridad, Virgin of Charity, is the patron saint of Cuba. According to a legend that dates back to the 1600s, she appeared above a dingy when two brothers and slave struggled at sea during a storm. The violent waves subsided and a dark-skinned Stella Maris, her golden halo beaming brighter than the sun, graced their eyes. She held the infant Jesus in her arms and guided them back to port.

It’s not surprising that my writer’s soul identifies so strongly with this lodestar after which my mother named me. Years before she gave birth to me, she told my father, while looking out at the ocean in Varadero Beach, that she would have a daughter named Maria de los Angeles.

So for me, the energy of the sea must always be a woman: forgiving yet forbidding, gentle yet powerful, nurturing yet tough, all-encompassing yet fancifully peculiar in all her human guises. She is a vessel for words, word made flesh, word made out of nothing.

As a writer, I give birth to words. I embody them on the blank page. I channel the goddess of the sea, creating something out of nothing -- that ocean in a drop of water.

But the most important water goddess of all is the one who dreamt of me years before I chose her body to give me form. I spent the first nine months of my life inside her, trusting the ship that cradled me in its watery berth. Everything was taken care of for me. And then I was born. Slapped violently into babyhood, forced to take that first painful gulp of air, screaming that first rebel yell, crying before I could open my eyes, separated from the bliss of the womb, my mother’s body.

Maybe that’s why we go on vacation. So that everything can be taken care of for us. Maybe that’s why we long to retreat close to the water, because it reminds us of a time when a liquid, saline universe was all we knew, all that nurtured us and gave us everything we needed. When we rest by the sea, we come home.

My Mother, the Sea Goddess

One week after my return from Lauderdale-by-the-Sea to my home by the bay, I released my mother’s ashes to mother ocean. I had been holding on to them for nearly two years, tensely gripping on to the all the weight of a life that never belonged to me, to anyone, not even her. My mother, who had been afraid of many things, always told me, however, to never be afraid of life.

Easier said than done. The one thing I feared most -- that one, singular looming thing -- to accept the inevitability of her death, turned out to be not so scary. After all, she had summoned me to life years before I was even born and did so bravely, like the wise turtle, trusting her inner guide.

The least I could do was confront my fear head on, guided by my own beloved Stella Maris, who once held me in her arms.

On this Mother’s Day, I waded in the clear, cool water and let her go. As her ashes dispersed from my hands into mother ocean, I gave her the gift of freedom and it was boundless, fathomless, deeper than any trench, from here to the moon and beyond. I was bathed in the deepest love I could never have possibly imagined until this moment. My fears disappeared along with the current and my entire being received a plenitude greater than the sum of all infinity. I was awash with light.

“Welcome back home, mama,” I whispered. The breeze carried my words. ‘Thank you, mama,” I said. “Even in death, you give me the greatest gift.”

On the next day, I knew the purpose of my stay in Lauderdale-by-the-Sea had come to life, too. I was born again, this time a much gentler birth, with no slaps or screams, knowing that everything is taken care of for me. The words you are reading now poured out of me, from the wellspring of my heart, free from the weight of fear.

#lovefl #lovelbts
Posted by Maria de los Angeles at 2:00 AM