A Wolf in Sheep's Clothing

Perhaps in anticipation of the weekend, I am hoping to turn It's Not Funny into It Could Be Funny. I would love nothing more than to let this episode go and forget it ever happened, but that brief moment of fear has taken a toll on my health. I have struggled all week with insomnia, anxiety and an awful gnawing feeling at the pit of my stomach that while Carnage at Apt 17 is unlikely to occur, another Crackass and Company show will come soon to a neighbor near me. 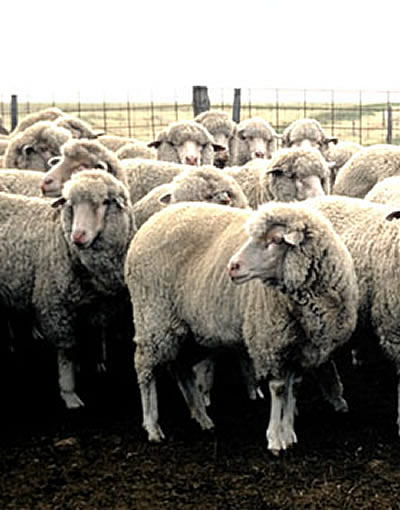 After last weekend, I'm no longer so keen on letting anyone walk all over my peace of mind. So this weekend, I hope to turn the tables. Instead of being the sheep, I'll be the wolf in sheep's clothing.

On Tuesday, some fifty and sixty somethings who have been living here for over twenty years, ganged up on Crackass, literally. The timing was exquisite. In the afternoon, when he was on his way to work, apartments number 27, 24 and 15 -- all board members -- were huddling around him with arms over their heads visibly deploying the universal WTF? gesture.

Do you think this stern talking-to is sufficient after months of verbal and written warnings? Crackass and Company haved pulled some kind of shenanigan just about every weekend if not every other weekend. It's expected.

My brother, a nth degree black belt (sensei) who lives in LA CA, suggested that while I can't kick this guy's ass, I could pull a simple practical joke: spray adhesive on the door knob, so that whoever should attempt to rattle it, would be stuck until the police arrive.

But what kind of adhesive? Any better ideas?

Dear readers, I am the sort of person who doesn't hurt a fly. In fact, I usually rescue the fly and take it to ER. I heard a priest once say, "be kind, but not stupid." So this time, I MEAN BUSINESS. Maybe I can't kick his ass. But I'm not going to let anyone kick mine.

MiamiGirl said...
M. It's ironic that you wrote about this today because I am right there with you and am writing similar today. I am not scared of my neighbors but they are making my life hell & tired! Oh girl, I can't wait to get out of this building. Good for your neighbors.
8:04 AM

MM said...
Get the Board to get the owner to evict them. Threaten legal action.
Stir the shit with all the neighbors so everyone hates him and makes him miserable.
8:21 AM

Joseph said...
Okay.. this is so up my alley in terms of expertise that I got goose bumps thinking about all things available in combat.
First M. You have to say this. I am the Queen B Shit Commando!
Okay. So there are many things you need to do. First of all, the door handle to his apartment. Great place to start. You can place glue, oil, dog feces, fish intestines, anything with a pugent or slimey and difficult texture to remove on the knob. I recommend urine, easier as a guy, but you can pee a cup and then dump it on his door. :>D
If you have assigned parking for the complex, placing something that has to be removed from the spot everytime is funny. Putting a public bulletin board with his picture and writing ass hole or nuisance or Fuck Wad in the complex works. Calling the police even when he is quiet. He has a tendency anyways, so they will respond. If you have a community mail box, flick your boogers on his mail box, and his door, and his car. Instant mashed potatoes on a car right before it rains works well also. Order pizza for him, lots. Give his phone number obviously so he has to keep dealing with the call backs. Post his phone number in a personal section. I would take great joys in harrassing him. WE could even schedule an organized harrassement of calls between your readers and my clan of hooligans. I highly recommend leaving trash in front of his door, beer cans, shit from the side walk, hell pull a public trash can from the lot and place in his doorway.
Buy a stink mixture... or better yet use this recipe, one complete chicken cut up into peices, half pound of hamburger and 1 whole fish inside a zip lock bag. Place directly in sunlight with heat of minimum of 75 degrees for 3 days. Let contents turn liquid, very liquid. Then dump on his door or floor mat or if really tricky, under door crack so that it gets inside. Also works well if he has a sun roof or open window to his car, however unlikely.
I recommend getting highly drunk and walking by his apartment while the need to puke hits you. I also recommend a game of hallway baseball with the neighbors so as to wake him or keep bumping into his walls to make it quite annoying.
If you want the really bad stuff, write me girl. I can't get terrorist style on here in public! :>D
9:18 AM

Joseph said...
Or...I guess this should have just come to me. Mace.. not the weak shit in Wal-Mart, but industrial strength gonad kicking shit... Ha ha, 4Am spray that shit under the door... Ha ha ha.
Ya, or you can intentionally start shit with him, infront of witnesses of course, so that he comes at you, whip it out and bam!
Then you watch him roll around and cry like a bitch. If you want to get real kinky with it though and show your power, pee on him after you take him down with the mace. I never had a guy whose ass I beat say he won the fight when I pissed on him while he lay on the ground from the beating. Ha ha.. course it adds an additional year to the sentence...:>(
9:28 AM

Rick said...
There is certainly an endless list of things you could do.

Manola Blablablanik said...
To answer everyone's suggestions, for which I am very grateful, they have already received a written warning from the condo association. The owners, however -- as far as I know -- are not paying much heed to everyone's complaints, because Crackass pays his rent on time.

Last Sunday, I canvassed most of the people I personally know in the building, gathering phone numbers. Everyone is aware. And just now, on my way in from running errands, I saw a neighbor of mine from the 3rd floor who moved out to remodel his apartment. He will be moving back by the end of next week, which is a relief, because he's the one who pounded Crackass' door one night to complain about the noise, which he could here all the way upstairs and which woke up his two little girls. Next morning, Mr. Commando -- I'll call him -- had it out with Crackass in a full-blow argument just outside my window. Crackass got all defensive.

Mr. Commando just introduced me to another neighbor I hadn't met, as he moved in about three months ago upstairs. A young Southern fella, he said you can call me and I'll bring down my rifle.

As you can see, Crackass is quickly becoming persona non grata.

I just called the City of MIami Beach's "Better Places" Answer Center and spoke with someone who registered my complaint anonymously and gave me a case number. She also gave me a weekend 24-hour code compliance phone number to call, just in case. Code compliance first issues a verbal warning and then a citation.

She also suggested that if anyone fiddles with my doorknob or knocker ever again, that I call the cops and request fingerprinting, which I had already thought of, several days too late.

If this should occur once more, I will put a plastic bag on the doorknob and hope that Delco shows up on to work his CSI magic!
11:26 AM

Shveckle said...
Oh yeah, if after the police go they start up again, call the police again. They log that in so if they don't start chillin out they will have many police episodes and it will add up. Everyone in your building should do the same now also. No more telling them to be quiet after hours, obviously that does not work. And again who knows what illegal activities might be happening in their apt. so having the paranoia for them of the police always coming could make a difference.
1:05 PM

N said...
God, Joseph, do you want to get Crackass arrested or Manola? :D

I have no further tips. It can be hell sharing a homeplace with someone unsavory... I'm so sorry things aren't going well for you, M.
2:00 PM

Joseph said...
Hmmm.. I was going to completely reveal some more personal and more importantly favorite revenge acts, but I guess the crowd is too civilized for the likes of me. Oh well.

N...Handcuffs arent always bad, I have memories vaguely that support that statement, so take my word for it. :>D

However, if anyone would like to one day strike at juvenile behavior with the master of such acts, you can always reach out to me. I operate free of cost.
M.. a plane flight to Miami might be a bonus for both of us. I need some sun, could enjoy pounding the crackass while enjoying your own rather large... hmm.. alcohol talking.. sorry, will save that for my phone calls.
:>P
2:24 PM

Manola Blablablanik said...
Oh my lord! I think I'm more worried about Joseph than I am about me!