... but freedom of speech is. Manola Blablablanik rarely gets political, but the recent blocking of Sex and the Beach occuring in tandem with the ban of books in Miami warrants not just a slap on the wrist but a proper spanking with a wet noodle the size of Colin Farrell's penis. 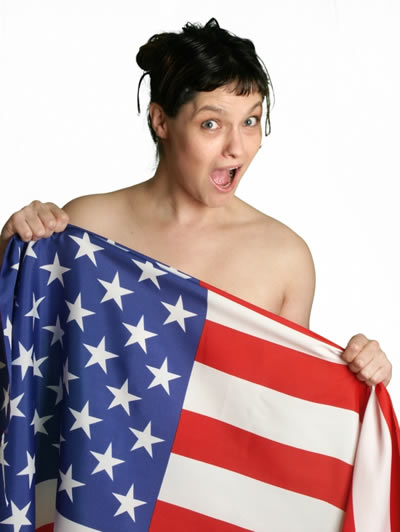 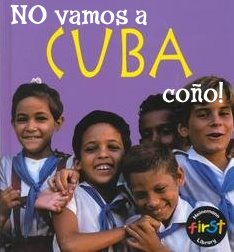 Cuba is not sexy ... but freedom of speech is.

Here's what Manola recommends to the Miami-Dade School Board: instead of banning books, go have sex on the beach, for freedom's sake. You'll be doing this community a favor and maybe -- just once -- we could all have a collective orgasm of relief.

warning: the following links will liberate you

Let these fine gentleman of Miami blogging guide you through the debate. Guys, why don't you do a calendar?

Oh! Look at this: not only is it more important than the size of Colin Farrell's penis, it's actually a fine example of irony. There are folks in America creating independent libraries in Cuba!
Posted by Maria de los Angeles at 4:30 PM

TAXES FOR VAMOS A CUBA: "SINFUL AND TYRANNICAL"
By Frank Bolanos

Mr. Frank Bolanos is a member of the Miami-Dade School Board

If the Newark, New Jersey school board decided to issue "Little Black Sambo" as a third grade reader, how would that largely African-American community react?

Those aggrieved local folks endured the insults, catcalls and jeers of the liberal elite until Marburger, a self-described liberal's liberal, spoke up and gave them pause. Today, the Miami-Dade school board and I are being accused of censorship for our efforts to remove from school libraries "Vamos a Cuba," a children's book that paints a false and distorted portrait of life in communist Cuba.

If the teachers' unions, Herald columnists, the ACLU and Fidel Castro himself are to be believed, the Miami-Dade school board is pillaging school libraries, burning books, oppressing the intellectual freedom of helpless children, and stomping on the First Amendment.

None of this is true; this is not a First Amendment issue. Censorship occurs when government refuses to allow people to purchase material, not when it refuses to provide that material at no charge.

But taxpayers must not be forced to subsidize falsehoods, propaganda or insulting imagery. As Thomas Jefferson, wrote, "to compel a man to furnish contributions of money for the propagation of opinions which he disbelieves and abhors is sinful and tyrannical."

Simply put, Jefferson, a framer of the Constitution our critics cite, would see no reason for our schools to spend sparse taxpayer money to promote the circulation of misinformation and lies many in our community equate to oppression and the loss of liberty and life.

If our public schools provided "Little Black Sambo" to African-America children, I would stand with their parents as this would be offensive, racist and an inappropriate use of tax dollars. If our public schools put the grotesquely anti-Semitic children's book "The Poisonous Mushroom" into libraries, I would stand with Jewish parents to oppose this abhorrent act and misappropriation of public funds. The struggle against Cuban communism is no less important.

In 1995, the Miami Herald was forced to trash an entire section after an offensive cartoon of Martin Luther King, Jr. was mistakenly printed inside. Over the nationally syndicated cartoonist's objections, editors made the bold decision to pull a half million copies of the magazine.

They did it by hand; it took two full days. It was hard and expensive work to correct a mistake that took only moments to make. Similarly, a foolish decision by an entrenched bureaucracy had to be corrected and has cost our school district valuable time, money and focus.

After the mess, the Herald's executive editor at the time wrote that the newspaper's First Amendment obligation is "to present the broadest range of perspectives and opinions in its news and opinion pages. But a newspaper also has an obligation to protect its readers from the outrageously offensive or the egregiously insensitive."

If such an obligation exists at a privately funded newspaper, certainly Miami's public officials have a responsibility to assure taxpayers aren't forced to subsidize racism, anti-Semitism or communism with public dollars.

Likewise, taxpayers shouldn't have to foot the bill for entrenched and misguided bureaucrats who want to whitewash the horrors of life under Fidel Castro and his brutal regime.